Elon Musk says Twitter obviously has a ‘strong’ left-wing bias; The Tesla CEO cast shade on Twitter after a verified journalist cheered on violence against pro-lifers – Fox Business, May 10, 2022. Excerpt:

Tesla CEO Elon Musk, who is in the process of acquiring Twitter, said the social media platform obviously has a “strong” left-wing bias, commenting on Twitter’s apparent lack of action against a Rewire News Group journalist who tweeted a call for violence against pro-lifers.

He had been responding to conservative influencer Mike Cernovich. Cernovich highlighted a tweet from Rewire News Group journalist Caroline Reilly, who responded to an arson attack against a pro-life non-profit by calling for more violence.

Here you go @elonmusk, when Twitter employees invariably lie to you about enforcement policy, maybe they can explain why a verified account is allowed to incite terrorism without any care in the world about being banned. pic.twitter.com/rCpuf5e1Ry

On April 25, 2022, Hillel Neuer, Executive Director of UN Watch, pointed out that 98.7% of Twitter employees’ political donations are directed towards Democrats:

I fear Elon Musk could undermine the ideological diversity, equity and inclusion at Twitter which currently maintains a careful balance of 98.7% for one side. pic.twitter.com/I6JeTuTx9k

The article to which Hillel Neuer referred, above:

Tech employees are much more liberal than their employers — at least as far as the candidates they support – Vox, October 31, 2018. See Twitter in second row: 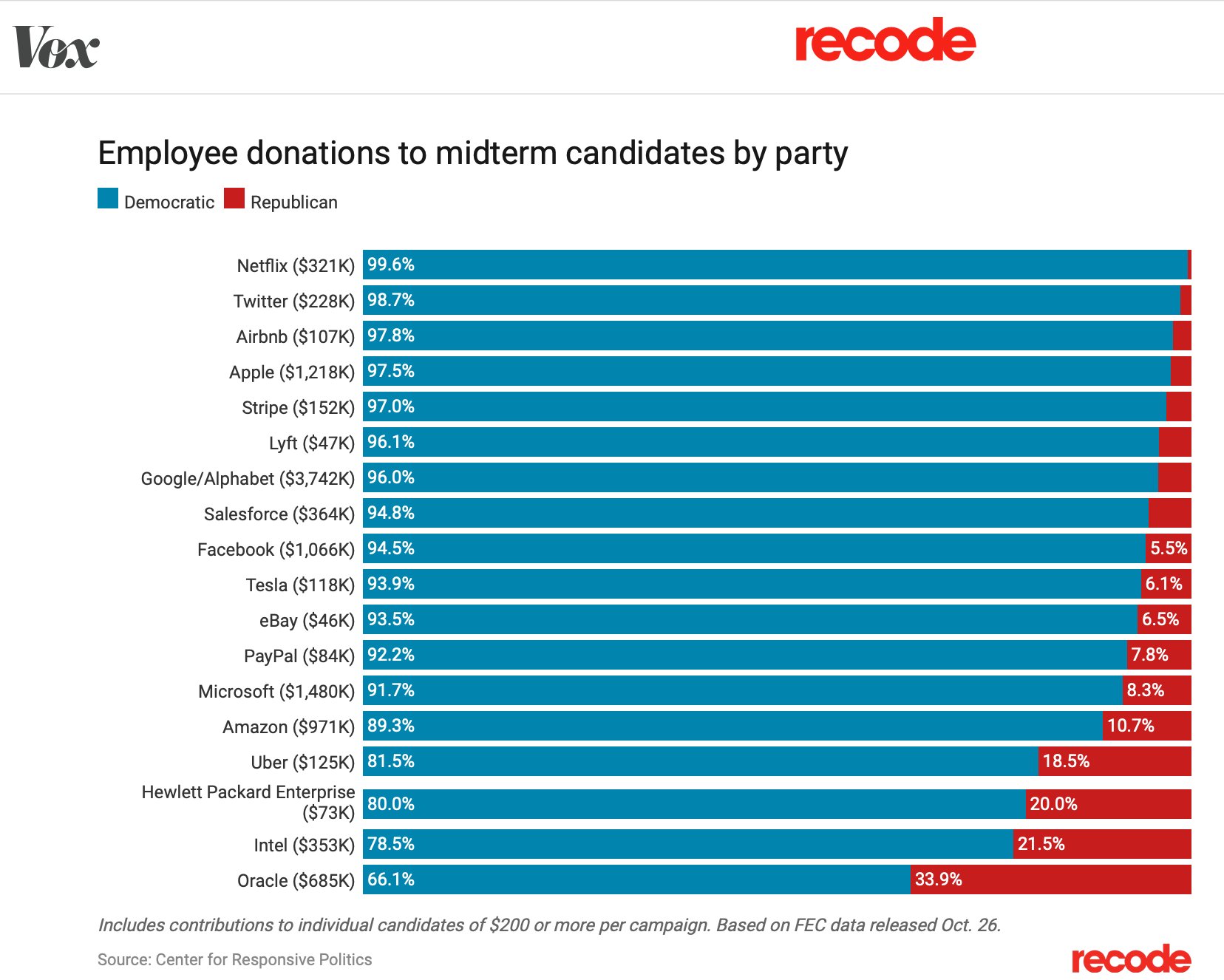