Also see these associated resource pages that support our video, “TWITTER EXPOSED: Enabling the Taliban – but stopping a campaign to rescue US allies from the Taliban”: 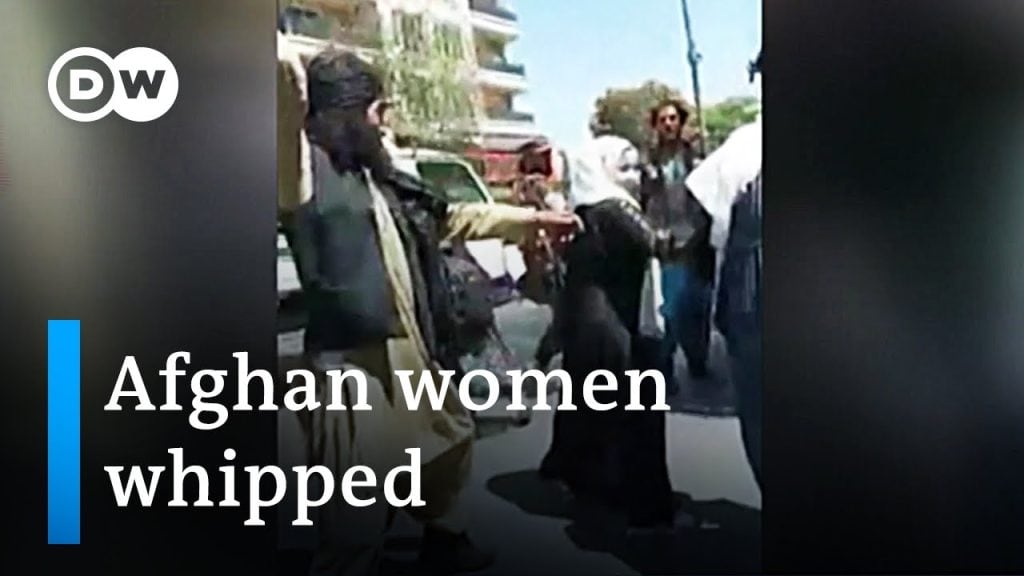 (1) Background: What is the Taliban?

(3) But why would the Taliban even want to use Twitter, being that it was created and is run by “infidels”? Because, as they say, “We too want to change perceptions”

(4) Why Twitter says it chose to enable the Taliban

(5) More: The history of the Taliban

(1) Background: What is the Taliban? 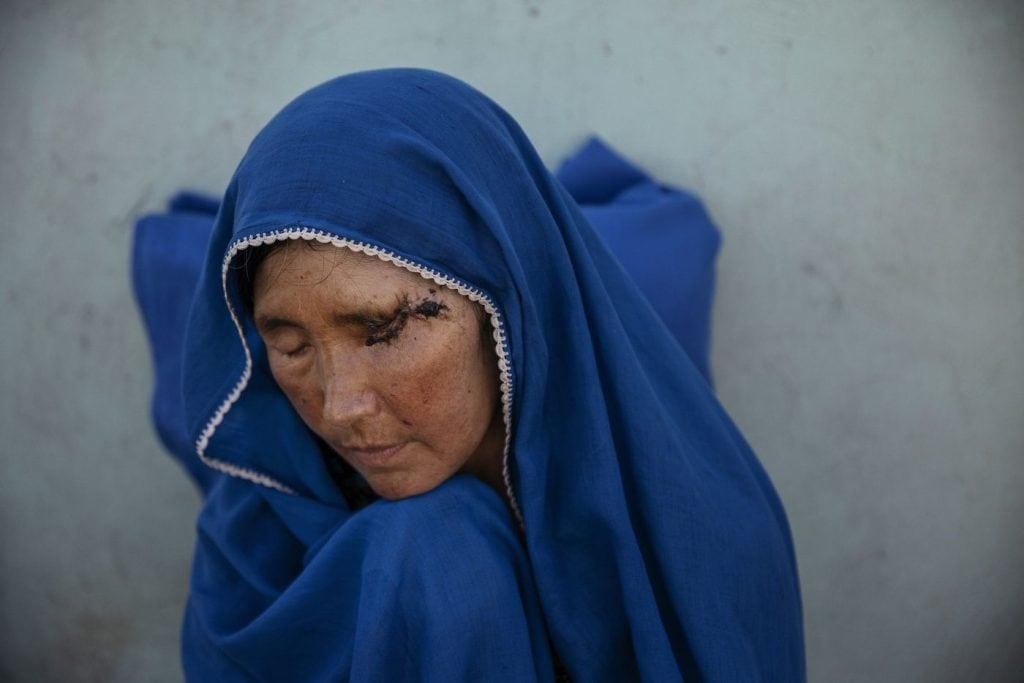 Wazir Nazari, a member of Afghanistan’s Shiite Hazara minority, was shot in the face by Taliban assailants, her father said. (Wall St. Journal)

The Taliban is one of the world’s most brutal Islamist terror gangs. Its adherents claim to be soldiers of God, who enforce totalitarian Islamic law (sharia) over Afghanistan’s 39 million people. They allow no dissent, no challenge to their authority, and anyone who deviates from sharia faces severe punishment, often death.

Since August 2021, the Taliban has been hunting down and murdering Afghans who worked with US and Coalition forces — using data, weapons and vehicles that America left behind in its botched withdrawal:

Then there is the Taliban’s brutal oppression of members of the LGBT community, as documented in this article by Pink News, a leading gay news site, on August 15, 2022: 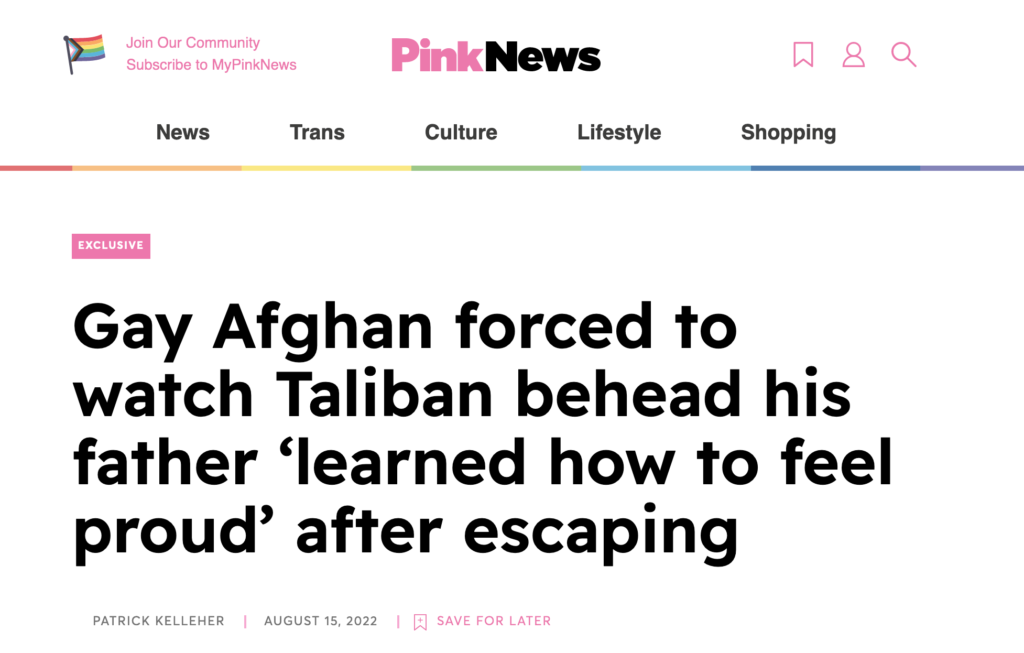 Little is said in the mainstream media or our arts about the Taliban’s extreme intolerance of the LGBT community, or the broader anti-LGBT view throughout the Afghan culture. One may reasonably speculate that were this to become common knowledge, Americans might demand tougher scrutiny of anyone from Afghanistan who shows up at the US southern border, requesting entry – or who was able to board a US evacuation plane, without any kind of effective screening:

Is the US govt releasing Taliban operatives onto US soil? An Afghan immigrant sounds the alarm – by “Nick”,* SaveTheWest, April 8, 2022
(* Nick is the pen name of a former Afghan interpreter, now a US citizen, whose family we are working to help rescue.)

Twitter enables the Taliban’s top five “government” officials (the unelected leader, the emir, does not use Twitter):

Analysis: How Twitter makes money by enabling the Taliban, and to what extent

Since the disastrous US withdrawal from Afghanistan in July-August 2021. which enabled the Taliban to take control over the entire nation, Twitter has profited by enabling its top figures to use its platform. Here’s how:

The overwhelming majority of Twitter’s revenue comes from advertising — meaning, it sells ads to those wishing to promote products, services or causes to its vast global audience. As of January 2022, Twitter had an estimated 436 million worldwide users (although prospective purchaser Elon Musk contends many are illegitimate, non-human accounts, or “bots,” automatically created for nefarious purposes).

Assuming for sake of argument that Twitter’s claim, that roughly 5% (or less) of its user base (22 million) consists of “bots” is legitimate, that means that there are about 414 million actual global Twitter users

As shown below, the Taliban’s top five Twitter users have amassed 1,800,000 followers.

This means that slightly less than 1/2 of 1% of Twitter’s users are followers of the Taliban.

While the actual amount of revenue the Taliban’s significant follower base generated fro Twitter may be arguable, what is not in dispute is the fact that Twitter profits by enabling the Taliban.

(3) But why would the Taliban even want to use Twitter, being that it was created and is run by “infidels”? Because, as they say, “We too want to change perceptions”

Zabihullah Mujahid’s first Twitter account was suspended by the company, but his new account – active since 2017 – has more than 371,000 followers. Underneath him is a dedicated team of volunteers promoting the Taliban’s ideology online.The reported head of that group – effectively the social media director of the IEA – is Qari Saeed Khosty.

Mr Khosty told the BBC the team had separate groups focused on Twitter – attempting to get Taliban hashtags trending – as well as disseminating messages on WhatsApp and Facebook.

“Our enemies have television, radio, verified accounts on social media and we have none, yet we fought with them on Twitter and Facebook and defeated them,” Mr Khosty said.

His job, he said, was to take people who had joined the Taliban because of its ideology and “bring them to social media platforms so they amplify our message”.

Update, September 1, 2022: Taliban spokesman says it wants to have good relations with other nations, even Israel:

In Al-Jazeera Interview, Taliban Spokesman Dr. Muhammad Naeem Wardak Refuses to Rule Out Relations with Israel: What Problem Do We Have with Israel? It Is Strange to Ask Me about Issues That Have Nothing to Do with Us #Taliban #Israel #Afghanistan @IeaOffice pic.twitter.com/wvkHsQ6pZW

(4) Why Twitter says it chose to enable the Taliban

Here are some news items that present information on why Twitter’s management decided to profit by enabling the Taliban:

Why Twitter Allows The Taliban To Maintain Accounts On Its Platform – Yahoo News, August 18th 2021.

(5) More: The history of the Taliban

I also created a separate page of videos, below, of reporting from, and about Afghanistan, since America’s withdrawal in July-August 2021 led to the Taliban’s takeover:

Videos about America’s disastrous withdrawal from Afghanistan, and the aftermath — Jon Sutz

For now, here are a few select introductory videos about the Taliban:

It is reasonable to speculate that at least part of the reason why Twitter chose to enable the Taliban — but shut down our campaign to raise money to help rescue US allies’ families from the Taliban — is due to an astonishing lack of popular knowledge about what the Taliban actually is, and does. This speculation is verified, at least in part, by a video that filmmaker Ami Horowitz produced in October 2021, in which he asked students at UC-Berkeley if they’d be willing to donate to a fund to help the Taliban. Excerpts from his “pitch”:

Here was the result:

“Life is completely unrecognisable now for Afghan women and girls compared to how it was a year ago. They’ve lost their access to education; their access to employment; their ability to even walk out of their own homes” @hrw @heatherbarr1 #Afghanistan pic.twitter.com/ObQlny6WO2

The time limit for videos uploaded to Twitter is 2 minutes 20 seconds (as opposed to posting links to YouTube videos, which can be of any length).

In this case, the video uploaded is exactly 2 minutes 20 seconds.

In case Twitter eventually removes this video, here is a screencap of what appeared at this link: 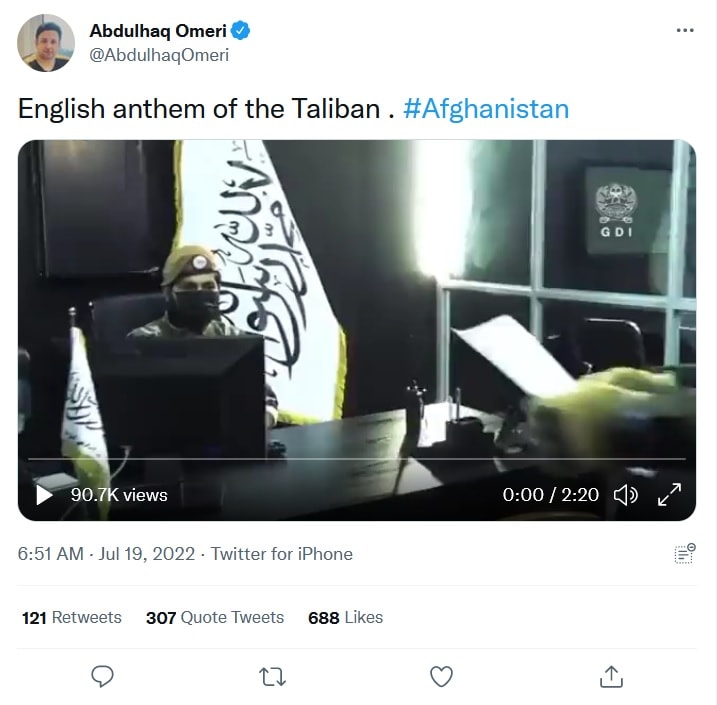